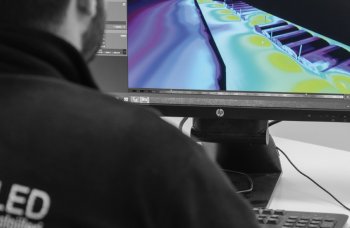 LED bulbs have grown in popularity recently, mainly due to their energy-efficient qualities and bright light production. In terms of CRI for LED, most LED lights produce a score of about 80 to 90 on the chart. The result is a brighter room, but with a much more natural, accurate output of light. Unlike fluorescent lighting which can create an unnatural look, LEDs are better suited to indoor environments. Aside from the color rendering index, the number of lumens output, or actual light produced, plays a role in the overall effectiveness of an LED bulb too.Lumens

Kelvin is a measurement used to describe the color temperature of a light source. This is the specification that gives a description of the warmth or coolness of a light source. When a piece of metal is heated, the color of light it emits will change. This color begins as red in appearance and graduates to orange, yellow, white, and then blue-white to deeper colors of blue. The temperature of this metal is a physical measure in degrees Kelvin or absolute temperature. While lamps other than incandescent such as LEDs do not exactly mimic the output of this piece of metal, we utilize the correlated color temperature (or Kelvins) to describe the appearance of that light source as it relates to the appearance of the piece of metal (specifically a black body radiator).

By convention, yellow-red colors (like the flames of a fire) are considered warm, and blue-green colors (like light from an overcast sky) are considered cool. Confusingly, higher Kelvin temperatures (3600–5500 K) are what we consider cool and lower color temperatures (2700–3000 K) are considered warm. Cool light is preferred for visual tasks because it produces higher contrast than warm light. Warm light is preferred for living spaces because it is more flattering to skin tones and clothing. A color temperature of 2700–3600 K is generally recommended for most indoor general and task lighting applications. Color Temperature is not an indicator of lamp heat.

The type of light bulb you use in your home could have a profound effect on the way a room looks. This is often attributed to something known as the color rendering index. Also referred to as CRI, this index measures the ability of a light source to reveal colors of objects in contrast to a natural light source, such as the sun filtering in through your windows.

So, what is CRI? Simply put, it's the measurement of light in relation to how it affects the appearance of color. This range can also depend on the "temperature" of the light. For example, lighting temperatures can range from infrared light to the kind coming from a skylight, all the way to ultraviolet light. Ideally, you want to use lighting that will best illuminate each room depending on your needs.

Every type of lighting has its place on what's known as the color rendering index chart. This chart measures a scale from 0 to 100, depending on how accurately it can produce light that matches a naturally referenced light source, such as the sun.

In general, bulbs at the higher end of the scale will produce a more accurate color rendering of the objects around it. This can be vital for use in things like photography or lighting used in a museum setting. But it can also affect you and your home. It's best to choose bulbs that will make your surroundings clear, bright and as close to how they would appear in an outdoor, natural setting. 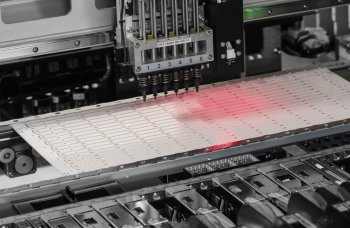 Number of LEDs per Lens 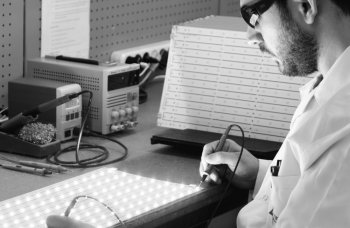 How to Choose an LED Lens or Reflector